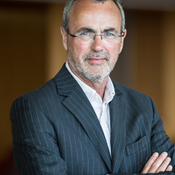 Former Campaign editor and editorial director, Dominic Mills writes the weekly 'Mills on Monday' column for Mediatel's Newsline. He regularly chairs conferences for Mediatel and other organisations, including ISBA and the IAB, hosts video shows, and is a consultant editor for the IPA and the Content Marketing Association. He advises agencies and various industry bodies, and occasionally works with content agencies on pitches. In previous lives (and before his beard went grey), he was once a financial journalist for Euromoney and then Reuters. He has also been a group editor for Redwood, and wrote a weekly column on advertising and media for the Daily Telegraph.

13 Dec 2021  |
Dominic Mills bows out from his weekly column with six of the best from the archives
06 Dec 2021  |
Dominic Mills looks at the ANA's study into industry waste and Kantar's effectiveness findings, which puts Aldi's Christmas ad at the top of the tree
29 Nov 2021
As BARB finally upgrades its audience reporting to include SVOD data, Dominic Mills looks at the changing dynamics of reach
22 Nov 2021
Diageo's 6% market share plan is reliant on marketing. Dominic Mills tells why it's plausible, which is good news for media and creative
15 Nov 2021
Bullish performances from more traditional networks and broadcasters is good news for both the industry and Dominic Mills' shares
08 Nov 2021  |
Climate-positive creativity is too easily offset by the status quo, Dominic Mills writes.
01 Nov 2021  |
Dominic Mills hails Stoke as a new advertising talent pool, admits to being one of Times Radio's 637,000 listeners and has his say on Meta
18 Oct 2021
Dominic Mills provides his take on John Lewis' cross-dressing boy and how Peter Field stirred up a hornet's nest over purposeful ads.
11 Oct 2021  |
The ASA is the key to trust, but so too are better and fewer ads, says Dominic Mills
04 Oct 2021  |
This week it’s back to the Fiver format for Dominic Mills, featuring insight and comment on things that have caught his eye
+ More articles
18 May 2022